„If Thassos was a bit south, among the Cycladic Islands, it would have been the most popular and expensive Greek island“

(according to an anonymous, but wise customs officer)

Thassos is the most north-located island in the Aegean Sea and the closest one to Bulgaria. It’s very green, full of nature and water. It has a round form and the main road follows this form which makes the island very easy for orientation. The main circle road is 95 km long. The island is mountainous and its highest peak is 1205 m. Overall, it’s very beautiful and peaceful. The water is really pure and that’s why it has a lot of fish and seafood.

I’ll present you the island the way I see it and hope that you’ll love it too.

In order to get to the island, you need to take the ferryboat departing from Keramoti (Κεραμωτή) to Thassos. Here you can see the schedules of the ferryboats to Thassos as well as the prices. 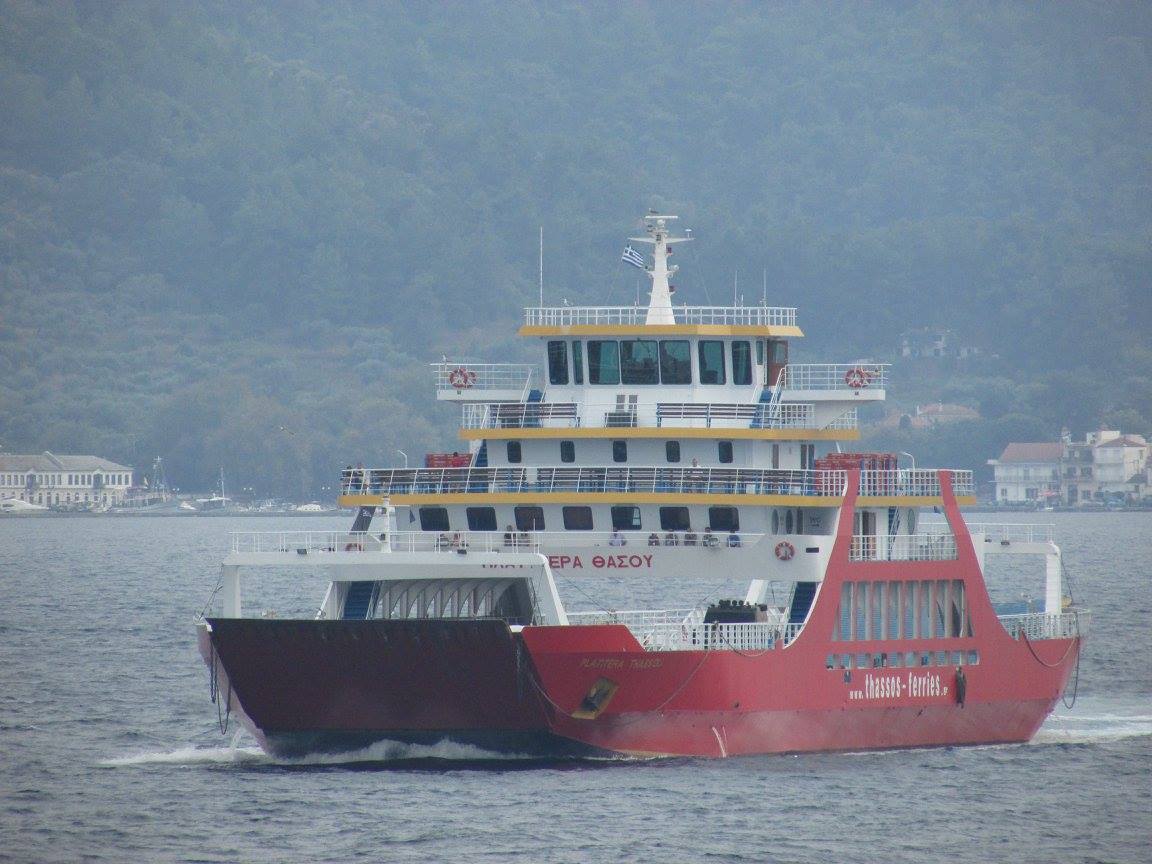 One of the ferryboats

Here is some advice before taking the ferryboat: 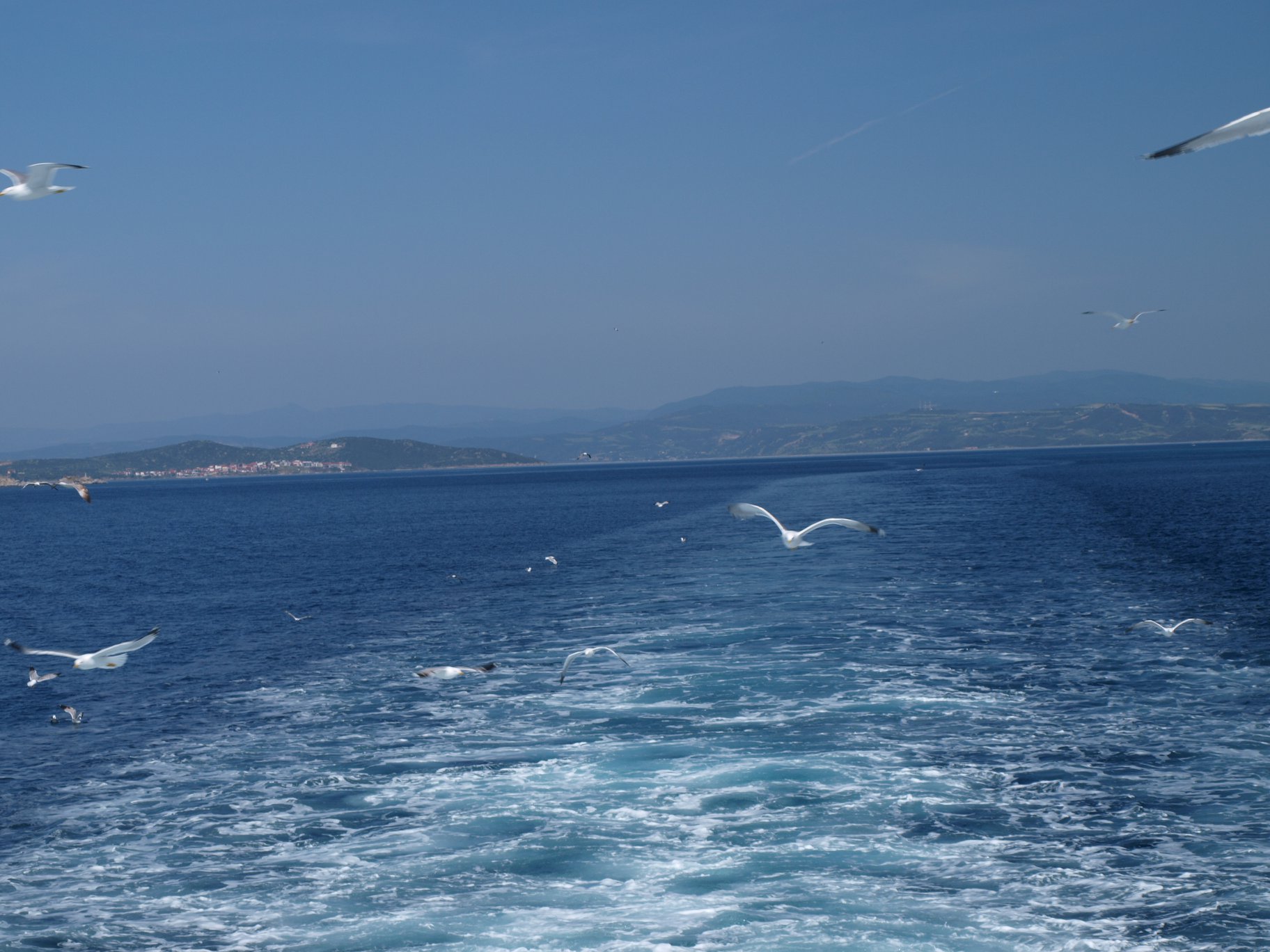 After that you’ll arrive at the harbor of Thassos which is also the main city of the island. It is known under two names: Limenas and Thassos. From here begins your adventure. To me, the most important places on the island are: 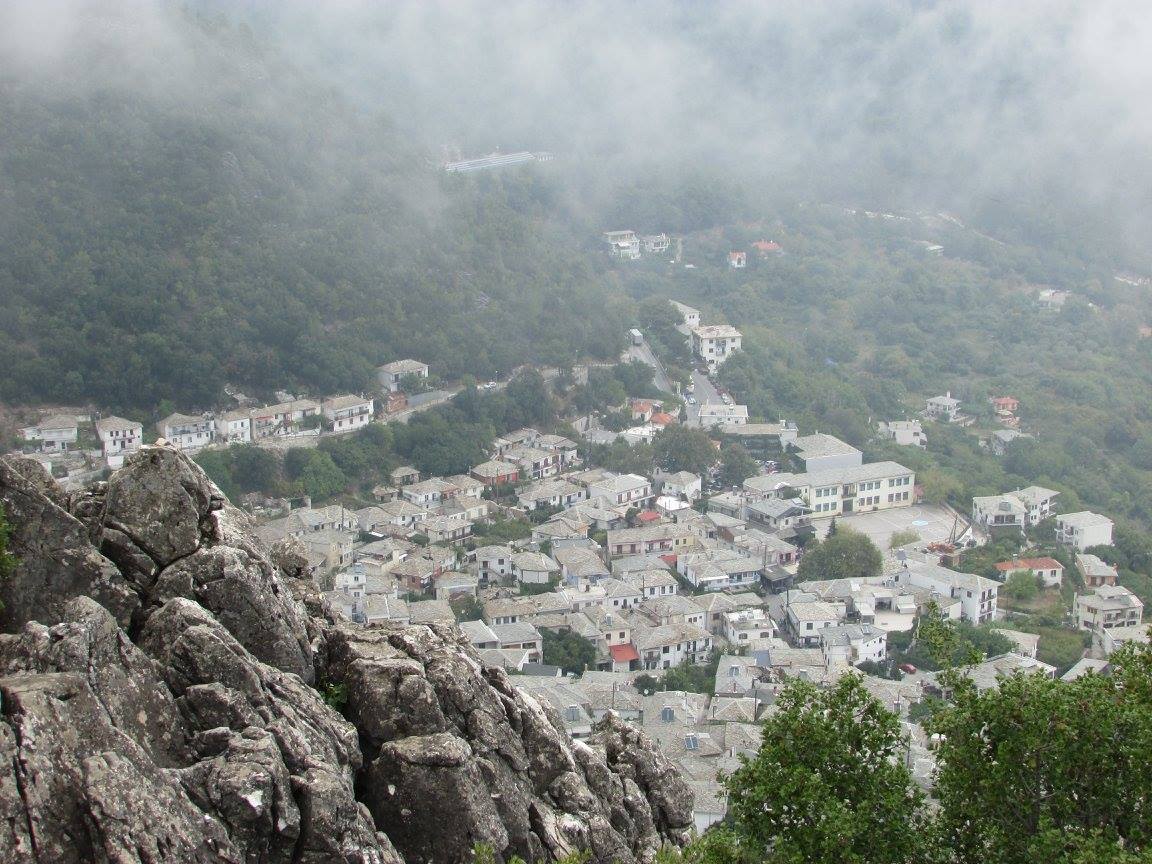 Panagia (Παναγία) is a small, picturesque and lively village. It’s located 7 km south of the harbor and is 6 km away from the Chrisi Ammoudia Beach (the Golden Sands Beach). The village is very lovely, located up in the mountain. It used to be the capital city of Thassos after the Greek uprising for independence. It has a lot of sources of fresh, drinking water.

On the main road you can find wonderful places to eat with prices much lower than the ones at the sea resorts. We were very pleased with Tavern Grill Elena, where the food was excellent. You can also try the food at the other places. Overall, the Greeks are masters at cooking. The only unpleasant surprise would be to order a fish meal without asking for its price. Keep in mind that some fishes cost 100 euro. So be careful what you choose.

In the village is located probably the most famous olive oil factory which also has a museum – Sotirelis Olive Oil Museum. Here you can buy some olive oil and you can also stay at the hotel of the factory.

There are two opinions about the Sotirelis olive oil. Most people think that has excellent quality because it has long traditions dating back to 1915. On the other side, the local people say that in certain years there are not so much olives to be harvested and as a result of that the rest of the producers are able to produce only small quantities of olive oil. Unlike them, however, Sotirelis always has the necessary quantity of olives for production. The locals say the Sotirelis just buys olive oil from other places (such as Morocco) and after that just packs it and sells it as its own.

I really can’t say who’s telling the truth. Everyone should make their own choice and decide who will trust. 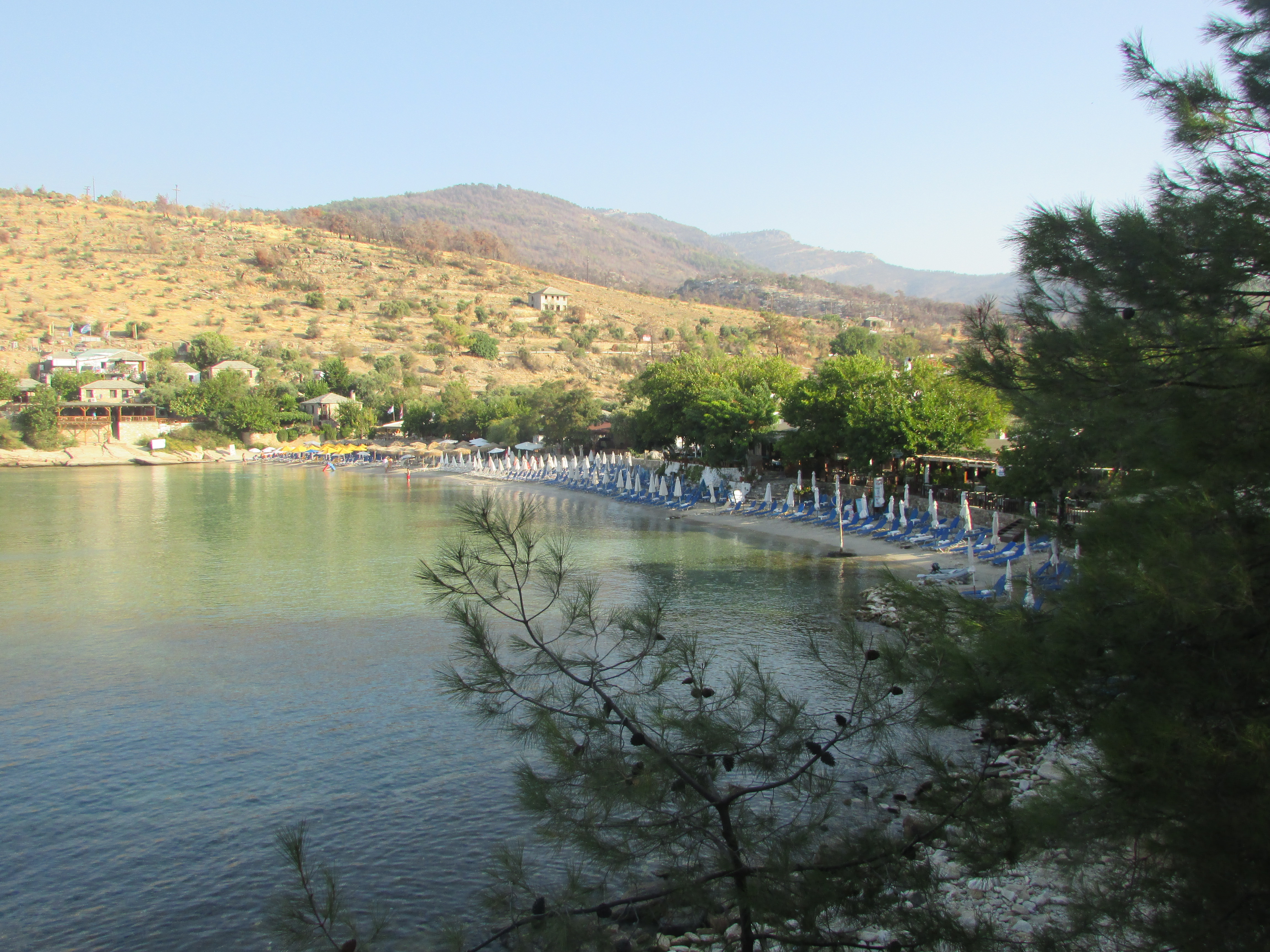 Aliki is the most beautiful beach on the island: white sand, crystal clear and deep blue water, green nature. There are umbrellas, places to eat and fish taverns. The bay is quiet and peaceful. The place is full of history as it is known for its marble from ancient times. 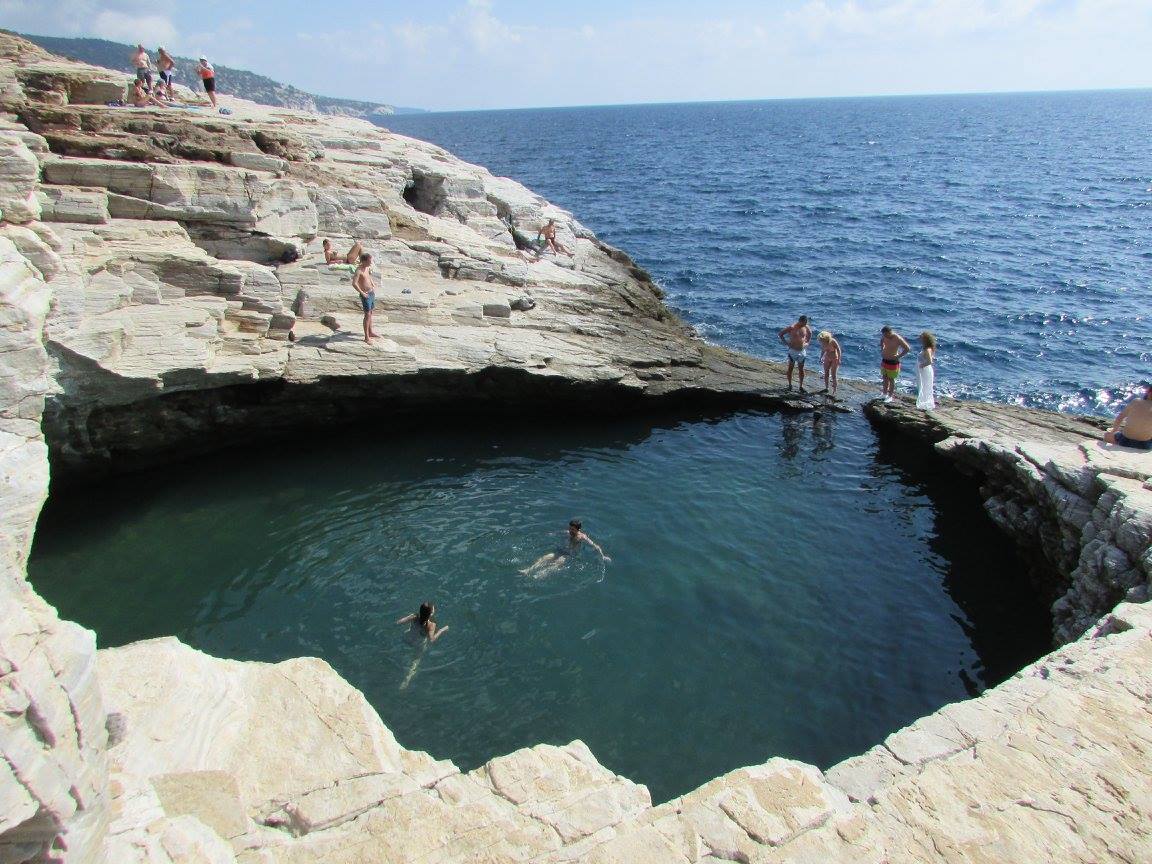 Giola looks like a pond which made its way through the sea rocks. It’s full of sea water as it is on the coastline. Its dimensions are 20×15 m. The rocks surrounding it are up to 8 meters high and many people jump from there into the pond. I wouldn’t recommend you to do that as there are many underwater rocks and you may fall on one of them. As Giola is 2 km away from the main road you’ll need to get there by foot. You’ll have to walk at least 30 minutes depending on where you’ve left your car.

Advice: I recommend you to use the so-called ‘rock-walking shoes’: shoes for a beach with very good grapple. They are meant to protect you from rocks and sea urchins. They can also protect you from slipping. The inclined rocks are very slippery especially if they are wet or covered with mud. So, using these shoes can save you a lot of troubles. 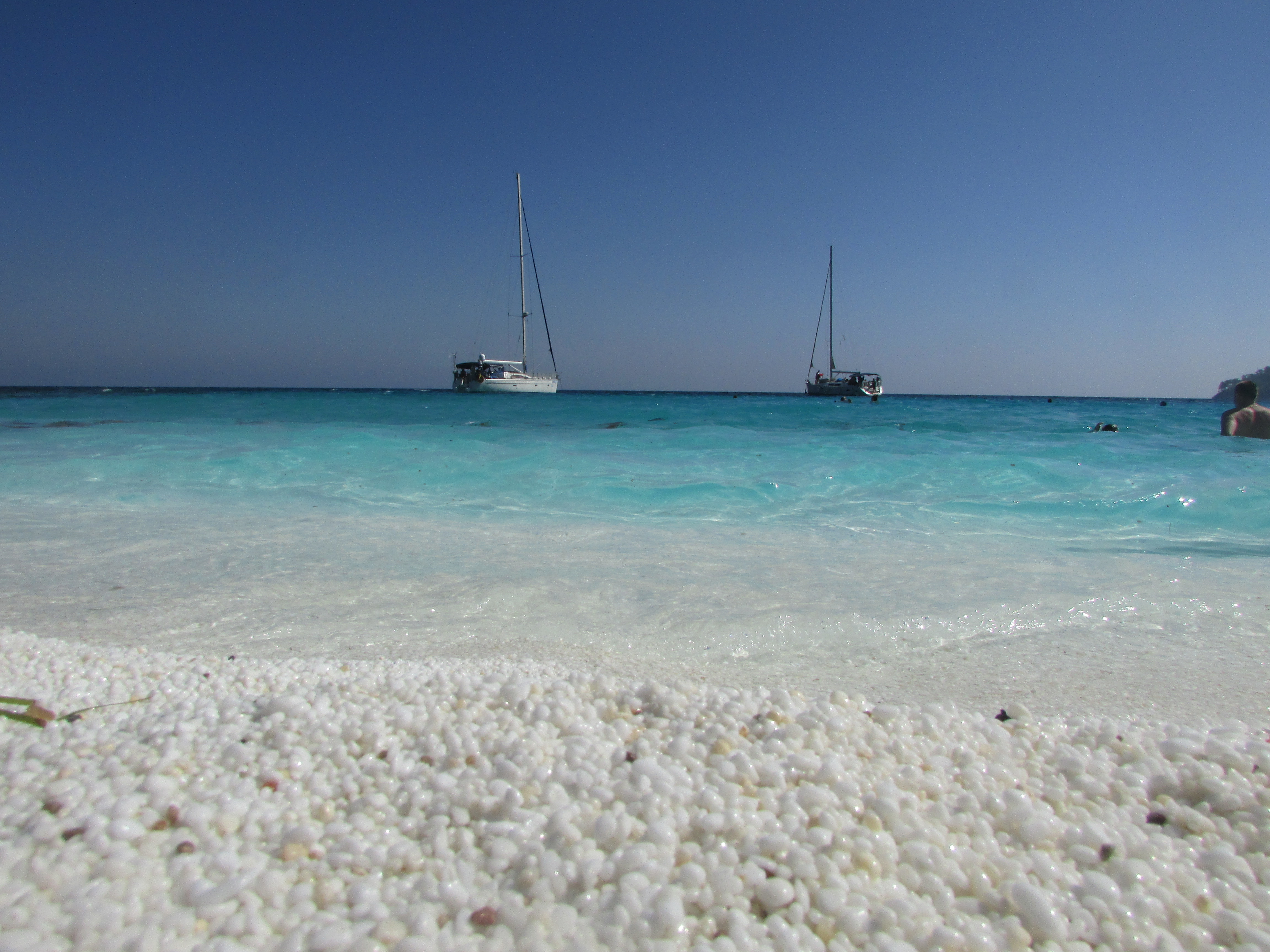 Porto Vathy beach is a very special beach. Instead of sand it has small marble pebbles. The water has breath-taking turquoise color. There is a parking nearby and on the beach itself there is a bar (for the design of which is used mainly marble), and, of course, music. It’s good to have in mind that somehow this beach attracts wasps. 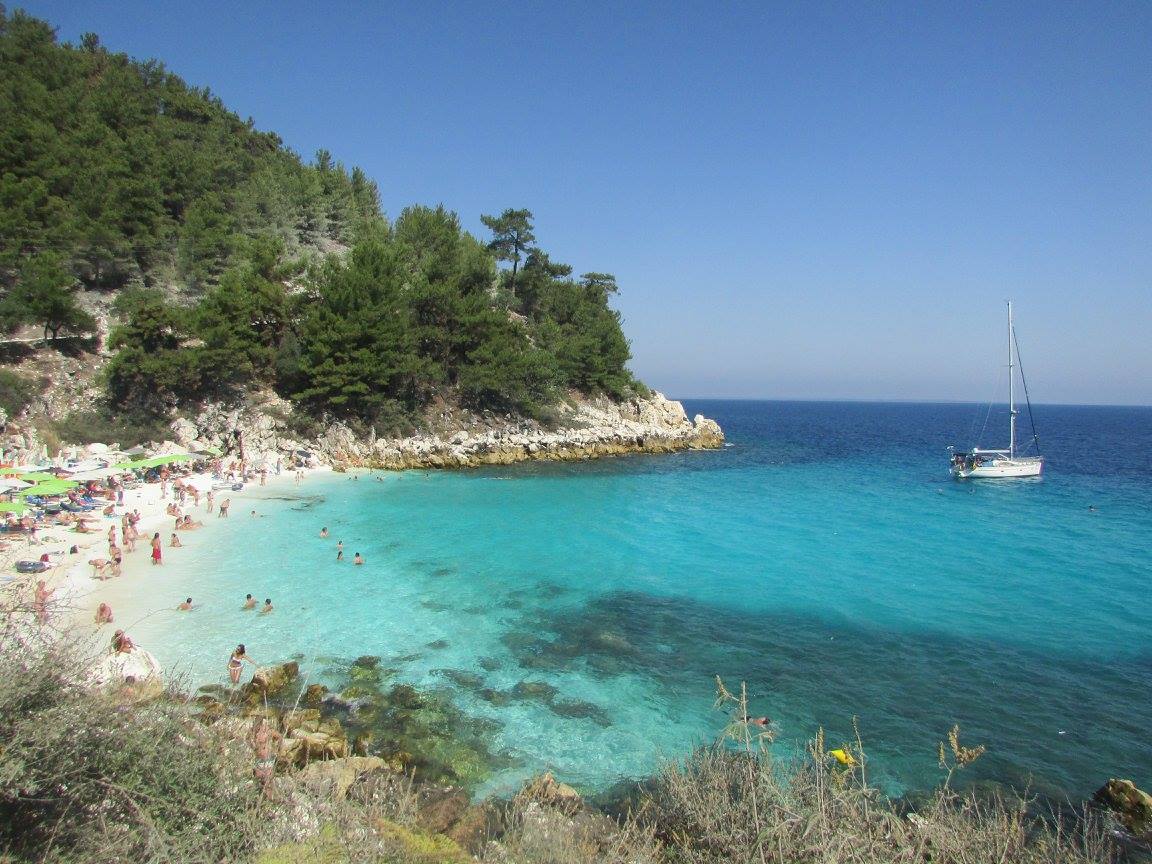 Saliara Beach shooted from the road to Porto Vathy

Saliara Beach is very similar to Porto Vathy but, according to me, it’s not that beautiful. It’s marble again but I find Porto Vathy more charming. Maybe the reason for that is that Saliara is closer to Limenas (the main harbor) and that’s why it’s more visited. In order to get to both of the beaches you’ll need to drive on a dusty, dirt road. Maybe that’s why in the end of the road there is a carwash. But…when driving back your car will get dirty again. So it’s worth to have your car washed only if you would like to take a picture of it there.

If you have more time, you may like some of these places as well: 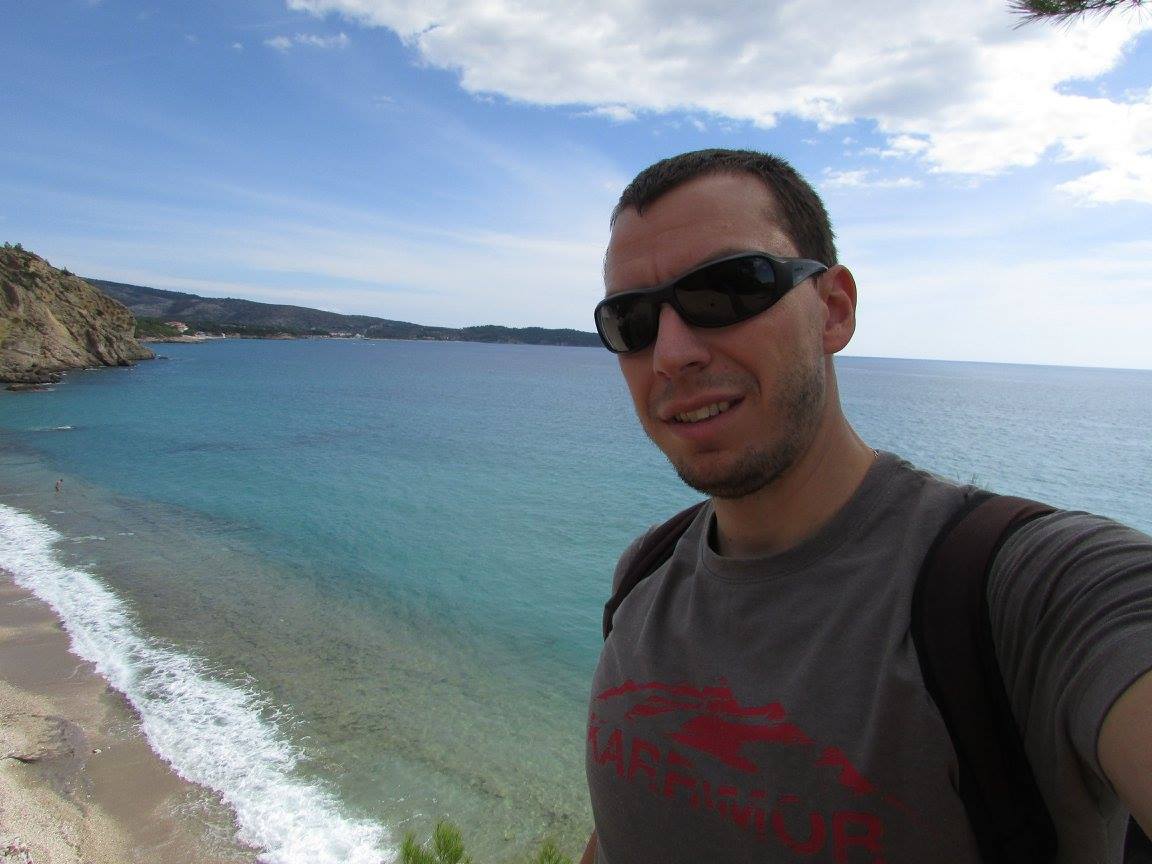 Limenaria is the second biggest city on Thassos. It is a sea resort where you can buy some jewelleries. 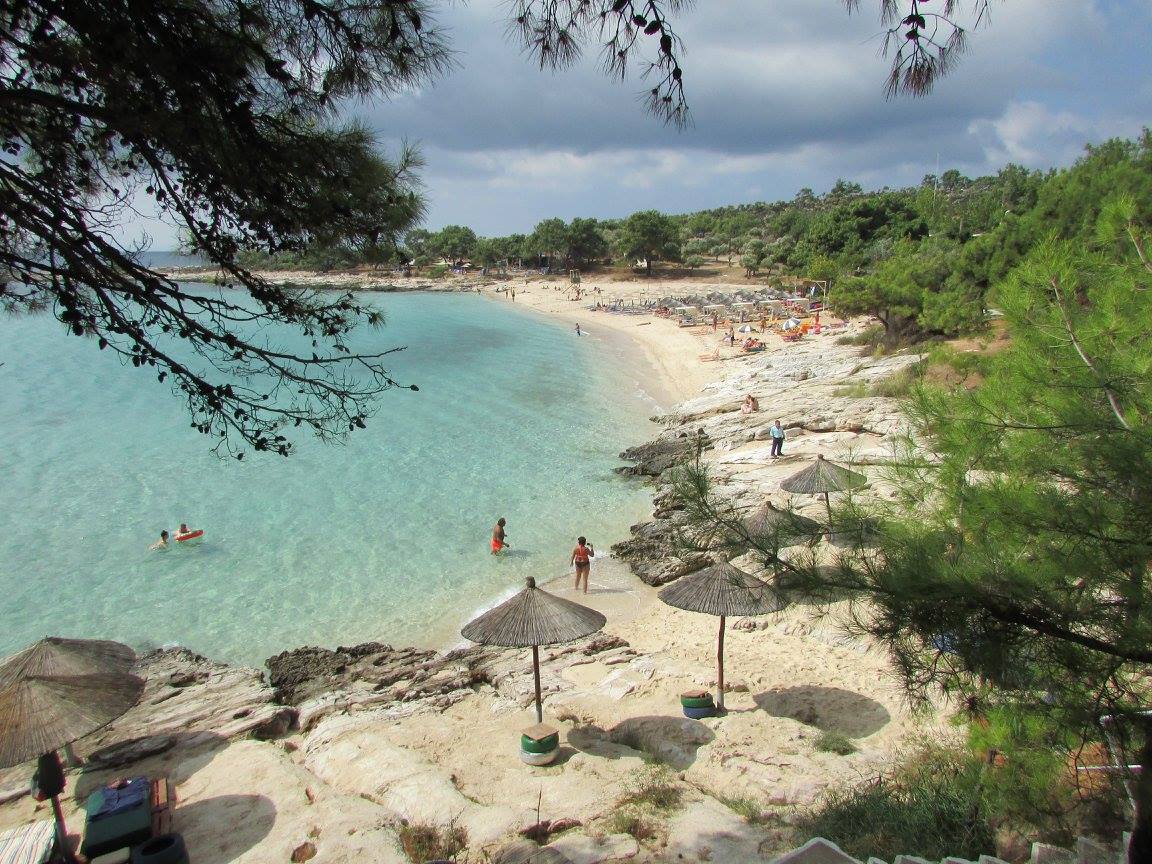 Before going to Thassos, it’s a good idea to take a look at the map of the island and to see this short guide.

I can’t wait to hear about your trip to Thassos!

Translated from Bulgarian by Dessislava Stamenova